~ a blog by Kylie Williamson

The 2015 field season is officially underway! The directors have been hard at work over the last week or so, and all of the students have found their way to Vésztö. With the addition of more undergraduates for the field school, we are now staying in two different locations. The directors and a few graduate students will be staying at the Panzio, like in previous years. The rest of us will be at the Pap-Tanya, or the playground as they call it, which is about a 15-minute walk to the Panzio. The directors are envious of our pool, but the younger, more wired students are jealous of the Wifi at the Panzio. 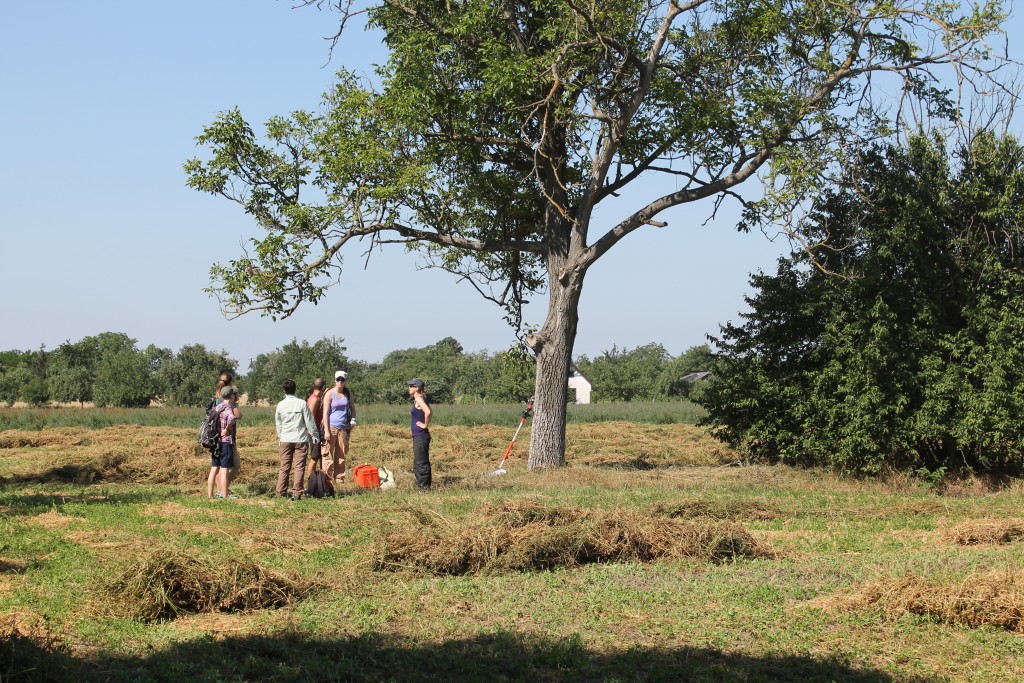 On Wednesday, the directors and graduate students visited the site in order to establish our coordinates and grid system. With the lovely help from Dani and an RTK (Real Time Kinetic) system, we located a number of base points from previous years. The RTK system is an awesome tool that uses one base station and various mobile satellites to triangulate locations with up to centimeter-level accuracy. Unfortunately, what was originally supposed to take a few hours turned into a much longer ordeal- in typical archaeological fashion. One of the beautiful things about this area of Hungary is the endless acres of farmland. However, this proves to be a bit challenging for us because the farmers in the area are regularly mowing, harvesting, and plowing their plots of land; therefore, we have to be strategic about where we place our points. In this case, a number of the points were in thick, overgrown brush in hopes of keeping them safe from the destructive forces of industrial tractors. So, although protected from such disruption, the points were also almost completely concealed from view in the brush. Luckily, after some prodding, we were eventually successful in finding most points relatively unscathed by the nettle and thistle.

Once we reestablished our grid system, we were then able to start staking our new blocks to be opened this season! We will be opening three new blocks, one in Area B north of the road, and two just to the south in Area C. All three of these blocks will be 2x10m. In addition, we will open three smaller 1x2m blocks to the east, closer to the settlement area. Each graduate student is assigned a block, and they act as the captain for the entirety of the excavation of that block. The 15 undergraduate students will also split into groups and be assigned a block to work on with the block captain.

After a long day in the sun, we returned to the Panzio and the directors walked the graduate students through some of the logistics and procedures for the upcoming weeks. One of the major roles of the block captains is to complete all the documentation for anything recovered from the field. Once everything is complete in the field, we come back to the lab and enter all of the information into the project database. With some trial and error, we managed to get the database up and running on multiple computers so that we can all be entering data at the same time. By the time we finish the excavation of a block, we will have numerous forms to document all that we found, so it will be vital that we keep up on our paperwork! 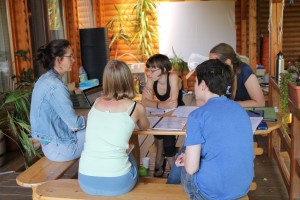 Since the students have arrived, we have had a number of lectures and opportunities to immerse ourselves in Hungarian culture. Last night, everybody experienced a festival in the town center, which had various rides, musicians, and excellent food. Today, we had the privilege of touring Vésztő Mágor, one of the largest Neolithic tells in the region. The tell was excavated in a manner that allows the public to view the evolution of the tell over time and highlight several features and burials that they have found at the site. Seeing this site made me even more excited for what we may find as we begin digging! 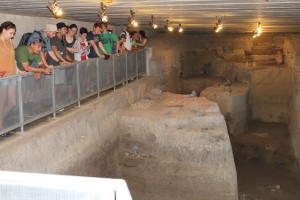 Tomorrow will be our first official day in the field as we begin with recording the starting elevations of the blocks and performing shovel tests. I can’t wait for the digging to begin and hope for some interesting finds this season!