After a couple of weeks of hard work, getting settled into our projects, and meeting the Pecica crew for the first time at the pig killing, we made our way to visit their site in Romania. Assured an adventure, half of the students set out by train from Vésztö to Pecica on a day that promised to be 100 degrees. The rest of us packed up and headed out a few hours later with our sights set on the pit stop at Tesco in Békéscsaba. To my surprise, we found Cheetos and Dr. Pepper, so needless to say it was a successful junk food run. Laci surprised the group riding with him with some frozen Turo Rudi (cottage cheese filled chocolate) too.

Soon after, three trucks filled with international citizens pulled up to the Hungary-Romania border; by the look on the officials’ faces, they clearly hadn’t been this overwhelmed since last season when the BAKOTA team visited Pecica. As expected, I got a disgruntled look when the official tried to pronounce my name as he handed back my passport.

On we went to dinner, where Justine suggested we try the lemonade since she remembered how great it was from last year. We even had our first salad sighting in weeks! Meanwhile, the train group was nowhere to be found, then trying to board the bus, then walking a few kilometers in the heat, and finally rescued at the bus stop by the directors and brought over to dinner!

We drove over to Semlac, where we dropped off our bags and set up our yoga mats in the gym. A whopping single shower awaited throngs of sweaty people, but luckily the school also had a playground and wifi. We met up with our friends soon after and discussed our plans to see their Tell site the following morning!

On Saturday morning, we woke up and saw their wet and dry lab (they had a Float machine that I got to help sift through). However, the best part was hands down seeing their Tell (not so much the trekking through thistles to get there though). It was about 5 meters deep and strategically placed at the top of a hill for protection; down the profile, different layers showed signs of homes from the Copper Age and Bronze Age. It was great to see since our project has mainly focused on burial materials and not settlement related remains, and our site is an off-Tell area. Seeing a Tell of that size really put into perspective the breadth of possibilities archaeologists have in excavation sites. Also, there was such a high concentration of settlement remains in each layer of the stratigraphy, while at Békés 103 we often have to open several blocks to find multiple urns. 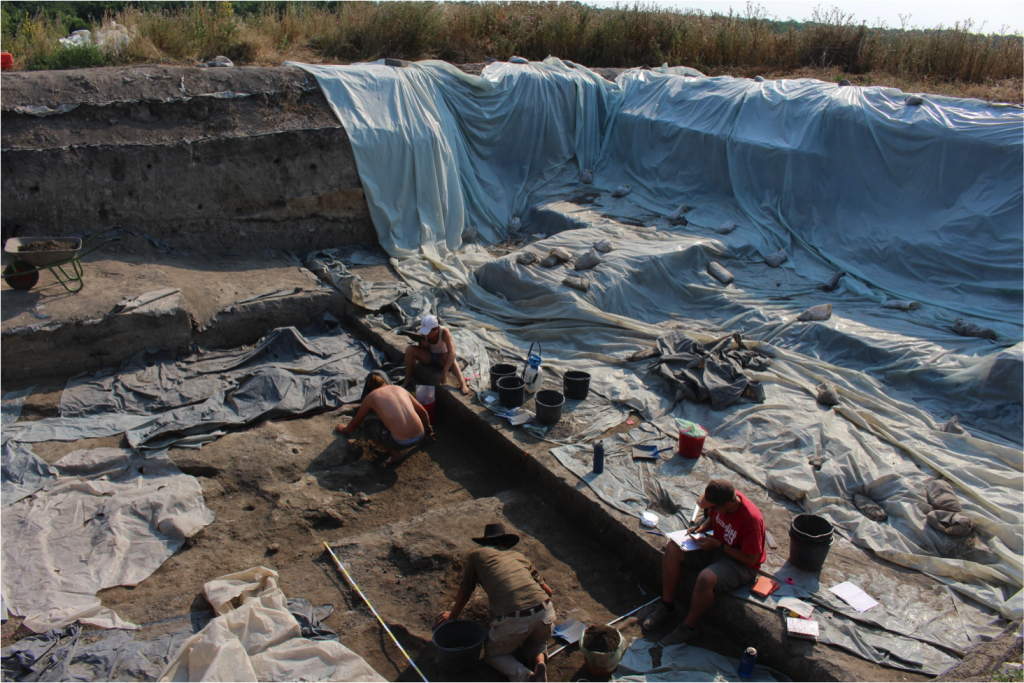 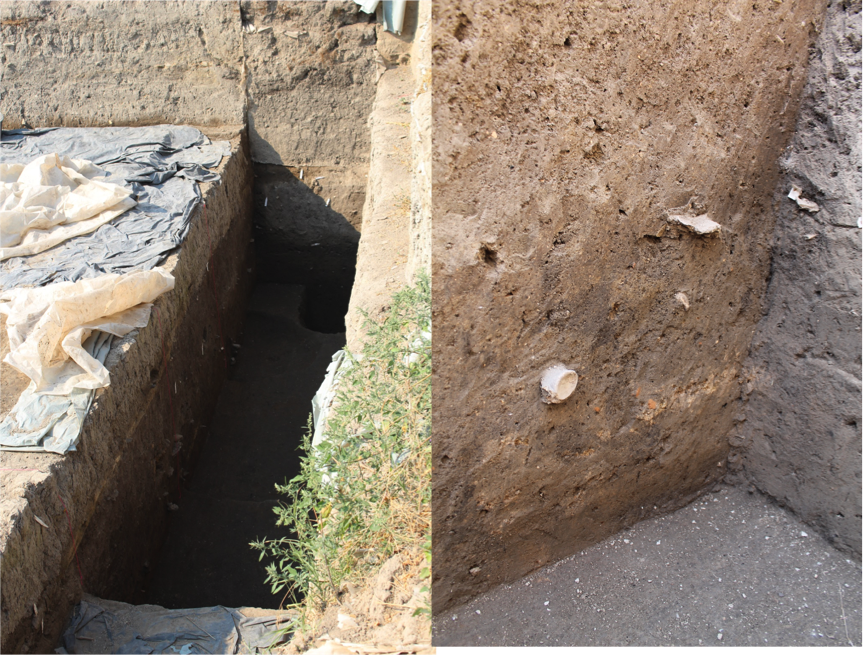 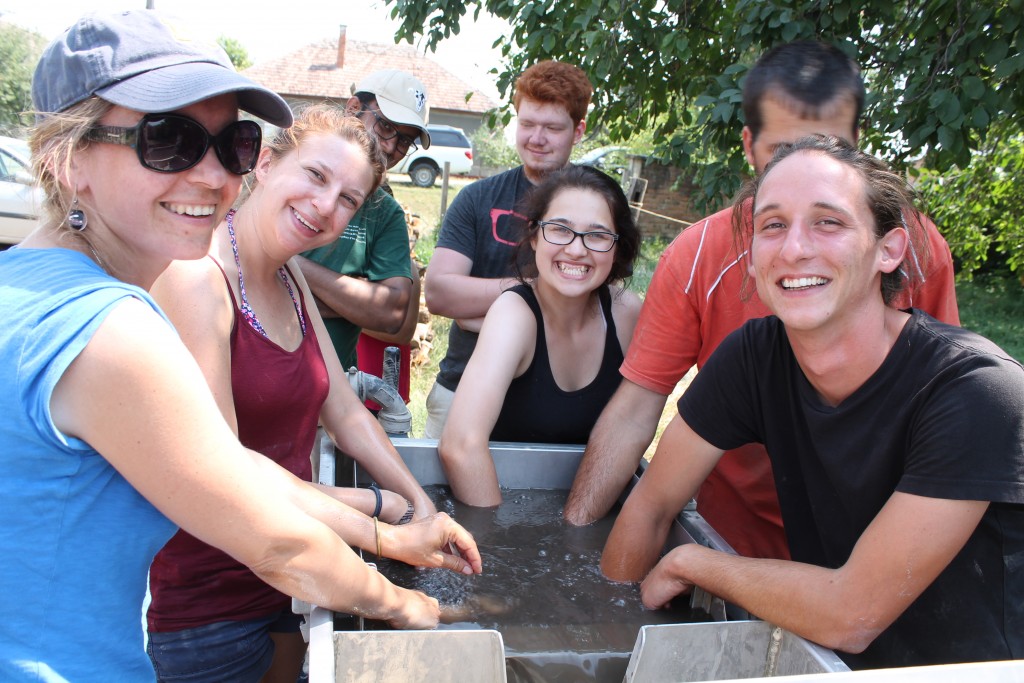 After seeing the Tell, we all seemed to realize how hot it was and a bunch of us decided to brave a 25 minute walk to cool off in the Maros river and relaxed. 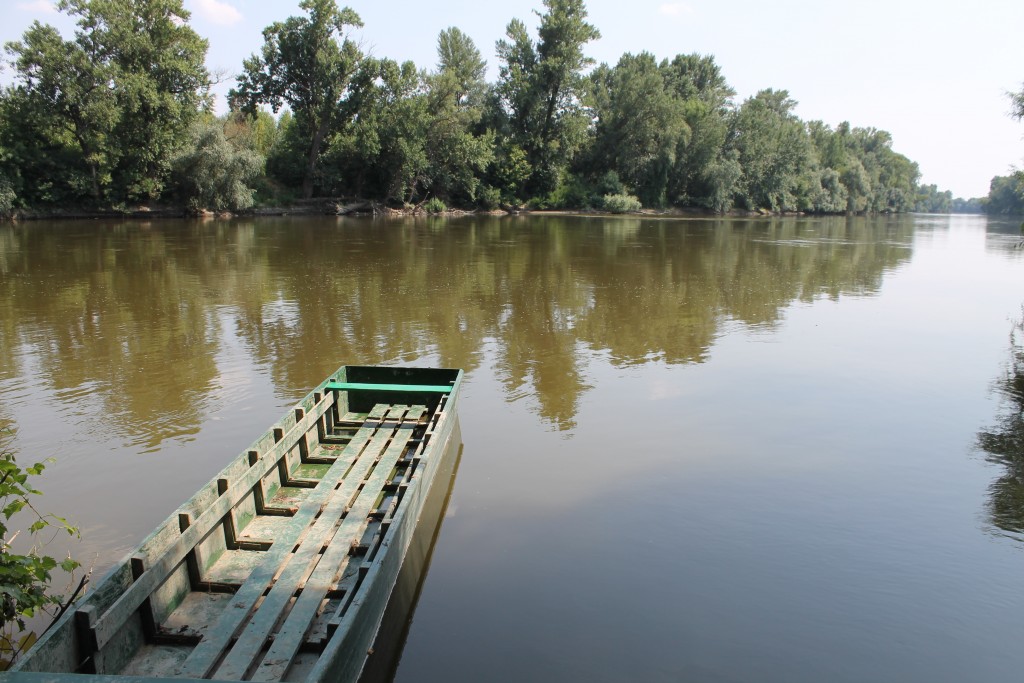 That evening when the Pecica crew was finished in the lab and field, we wandered over to our hang out spot near the old school. It was fully equipped with a disco ball, blue lights, a poker table, and an elderly gentlemen cooking us pork stew in a cauldron. We did, however, forget a knife to cut open the watermelon dessert, but we found a machete that did the trick! 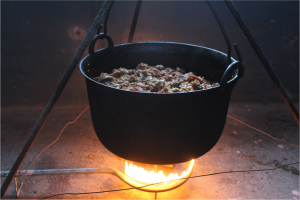 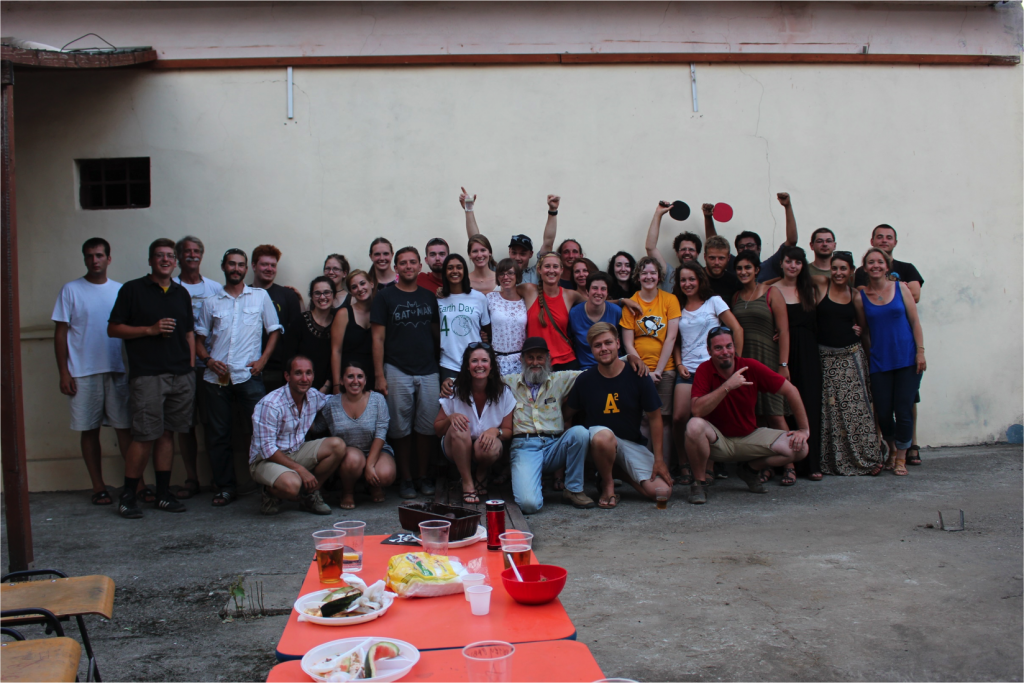 ← Ceramics Talk
Analysis of Cremains from Békés 103: A Personal Look at the Process →